Lyndsey D’Arcangelo writes about the WNBA and women’s college basketball for Just Women’s Sports and The Athletic. Her work has previously appeared in The Ringer, Deadspin, espnW/ESPN, Teen Vogue, The Buffalo News, The Huffington Post, NBC OUT and more. She received a Notable Mention in the 2018 Best American Sports Writing anthology and her first nonfiction book, Hail Mary: The Rise and Fall of the National Women’s Football League, will be released in November 2021. Lyndsey lives in Buffalo, N.Y. The pioneers who put women’s football on the map: an excerpt from ‘Hail Mary’

Generations of women played a sport they loved even when society told them otherwise.

The WNBA's momentum on and off the court has never been more palpable.

The debate over the WNBA’s single-elimination playoff format

Two second-round upsets have renewed questions about the format. There was a time when the WNBA sharpshooter didn't know if she'd make it. The legend of Diana Taurasi: WNBA players on the one-of-a-kind trash-talker and champion

Taurasi is the greatest WNBA scorer of all time and its fiercest on-court personality.

Players across the WNBA talk to us about their role models and earliest memories of... Why this WNBA season has been especially challenging for rookies

In a pandemic year that affected scouting and drafting, playing time has been hard to... 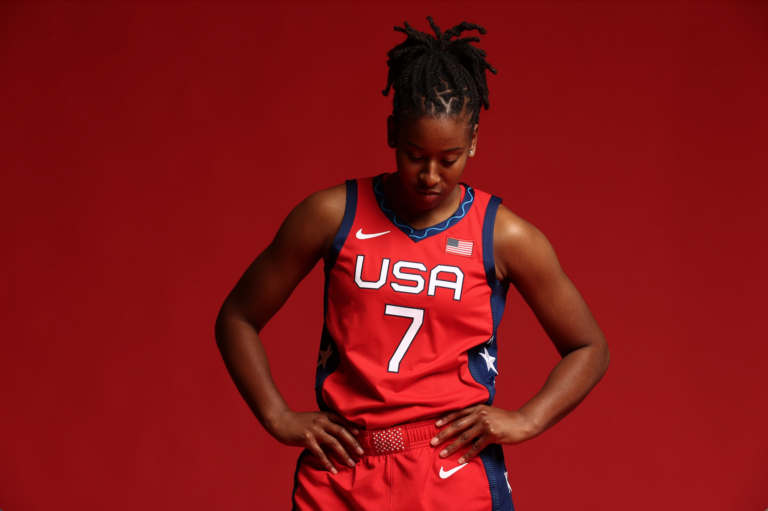 Quinn has been building toward this position since her own playing days.

The league has come a long way toward championing differences.